The reality of Donald Trump’s presidency is slowly sinking in and the nation is patiently waiting to see how events will unfold in the next four years. Soon after his victory, President elect Trump retreated to his Mar-a-LAgo resort to work on his team of cabinet secretaries who’ll help implement his plans for the country.

One of the major points of discussion will be his education plan which has many in the education sector anxious due to the bold statements he made during the campaigns and his plans of abolishing the education department altogether. While Trump is known for his bold statements, we’re still waiting to see if he is bold enough to implement his policies. Here are some of the main points that stood out about his plans for the future of the nation’s education system.

In the world of education, the common core is the name given to the standards of teaching math and English used from kindergarten all the way to twelfth grade. Mr. Trump has called these standards ‘a total disaster that should not continue’ adding that education should be localized and Washington should dictate what and how schools should teach.

These standards, adopted by 42 states including Washington DC were actually developed by the Council of Chief State School Officers in consultation with the National Governors Association, and not by Washington bureaucrats like Mr. Trump seems to suggest. Although these were campaign trail statements, Betsy DeVos seemed to confirm that plans to implement this reform were underway in a speech she gave following her secretary of education nomination.

Although no plan has been officially formulated, a senior advisor for the Grand Old Party campaign team issued a press statement in which he spoke of plans to have private banks grant student loans instead of the government. For example, a student wishing to study at Maryville University for a course like their online bachelor of education degree or the higher education leadership degree, will have to go to a bank to secure the required funding instead of the government. This move has been criticized since most people feel that private entities will not have the same fairness and inclusiveness as the government.

In today’s America, kids from poor backgrounds can only attend schools close to their neighborhood. Donald Trump plans to change this by enabling kids from underprivileged backgrounds to have a choice in the school they attend.

He plans to achieve this through a $20 billion government investment through grants in the form of vouchers. Anyone could can use these vouchers to pay for a school of their choice. The plan was received favorably by many critics saying that it will improve school performance due to the competition that it will encourage. Some have however criticized it saying the move is set to benefit private schools.

While Trump has been seen as a loose cannon by many political pundits and members of his own party, it remains to be seen how many of his policies will actually materialize. Let’s wish that his cabinet members will have the political acumen it takes to make sure that only the most beneficial will make it to congress. 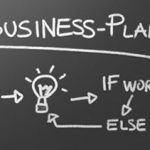 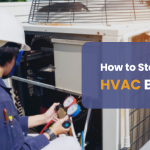 Tips on How to Start an HVAC Business