Security is not the first time I read that the planet is our home, and at every place we inhabit whatever we do has an impact. The growth of the world population in recent years has led to the overexploitation of resources in order to meet the needs of human beings, passing over those of other living beings, which certainly has had an impact on the nature, so we show some aspects about how human activities impact on the environment

Overcrowding has caused a major environmental impact, as has made the cities to the suburbs expand, increasing housing construction, which has led to deforest thousands of hectares of green areas where hundreds of species, these have to retreat and settle into new territory where there is not always food, leading them to decrease their populations. He has increased the exploitation and excessive use of nonrenewable resources in order to supply the needs of humans.

Do you think the approach end of deforestation and how it affects the species?, because we put an example. Adorable Panda, one of the most threatened animals of extinction today, nearly disappearing due to deforestation, because their main food is bamboo, and fewer and fewer forests where you can find thanks to human intervention.

Today this species is well protected due to pressure from environmental groups, but for them, today would be very few.

Global warming, which has caused so much controversy, is part of the human footprint on the environment. For example, if you can go to your work daily bus comfortably but you choose to use the car you’re throwing into the atmosphere an unnecessary amount of carbon dioxide, as your millions of people do the same, millions doing a single activity that has its consequences.

Throw in having all household appliances connected, use bulbs that are too hot, leave your computer on 24 hours, etc; small actions that generate heat and have an impact on our planet.

The concept of the three R’s, reduce, reuse, recycle, is effective because it reduces our environmental impact, we explain how ? You work on reducing your waste means that will be necessary to use less machinery and less effort to get rid of them, reuse what can mean that less useful things will go away, filling landfills and landfills of objects that can be used, and recycle those elements as possible implies that objects of plastic or glass for example, may be re-used without having to be manufactured again.

Less machines working to clear your waste, fewer factories producing items that can be used longer, fewer companies warming the planet with processes for packaging that can be recycled giving life again.

Every time someone throws trash in a river, a tin shed in a green area, a waste strip in a place that does not belong, you are polluting the habitat of many species, visible and invisible, and is also forcing the environment to do effort biodegrade that object.

Gum takes 5 years to disappear from the environment, a can 10 years, a lighter 100 years and a plastic ball to 150. So fashion of biodegradable products, those that jumping into the environment, forcing more easily get away unless our planet.

Only a few examples

These are the most basic examples of how our day-to-day: the way you move around the city, how do you get rid of your trash, whether you abuse not use electrical appliances, have an impact on the environment It is for this reason that the action of one person make a difference for good and bad.

What can you do?

In principle aware of your actions and correct what you can, apply the three R’s at home and takes the message to yours, move around the city by public transport, walk or bike whenever you can, use LED bulbs, off electrical appliances when not in use, avoid contaminating and get involved if your interest in environmental causes, your help will make a difference, the planet is our home, take care. 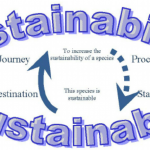 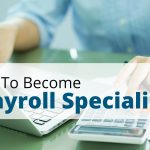 A guide to becoming a payroll administrator