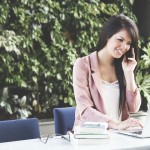 So you want to create a career in the movie industry! You are not alone, but the fact that you are in a good company means that you will have to be as competitive as possible, along with being passionate about your professional goal.

Just a few subsets of the industry to look into include special-effects, working with audio, doing the actual writing for movies, or being involved in the filmography aspect of a show. All of these are specialties, but no matter what aspect of film you plan on working with, you should have a basic working knowledge of all of those to communicate efficiently with your crew.

Have you ever noticed that sometimes it’s the visual effects that make a movie spectacular? It’s a behind the scenes job, but if you choose to work with special effects, it can be a very lucrative and rewarding career. The two major categories of visual manipulation right now are if you’re working with digital special-effects, or you’re working with physical special effects. The skill sets are entirely different, but the philosophy is going to be the same. There are production companies that are contractors for movies, and all they do is create the special effects one feature at a time.

Having a career in movie audio is another way to approach the industry. There are all sorts of jobs that require audio engineering knowledge or even just an extensive comprehension of what kind of music fits with what kind of mood. If you want a job in Foley, that is one of the more fascinating audio careers to try to be a part of. It’s a reasonably tight-knit group of individuals who do most of the significant Foley work for movie studios, but once you’re a part of that crew, you have consistent work for as long as you want.

If you want to be a movie writer, that’s an entirely different box of worms. When you go to film school, you’ll learn the basics of film writing, but then from there to have to decide whether you want to be a screenwriter, or you want to pay more attention to the work behind the camera, which leads us to filmography.

Do you want to operate the camera during movie production? Do you want to be the one that takes the shots and the one that adjusts the lighting so that you get the perfect angle? Once you start getting into filmography, you start learning the secrets of movie magic that have been around for decades and discover the essence of the passionate way that artists portray their idea of the world around them. A good camera operator will often move into directing later on in his or her career as well. 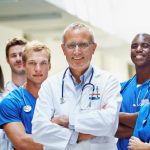 How to Enter the Healthcare Industry without Going to Medical School 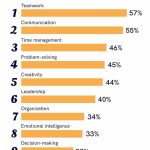 Top Skills Employers are Looking for in the Retail Industry