Acting is no easy job, but the hardest part about choosing the stage, movies, or television as a career is the struggle associated with it. Looking at the established stars as inspiration is fine, as long as you are aware of the amount of hard work, struggle, talent, and luck behind the success you are admiring. Nevertheless, it isn’t impossible to find success as an actor if you have the necessary talent and perseverance; in spite of what most people might tell you. On that note, let’s take a look at four things every struggling actor wishes he/she had known from the start.

Make Sure You Know the Roles You are Suited for

Versatility is usually what acting schools teach us; the ability to assume any character and play any role. In real life though, you will only be cast into parts that suit your physical appearance. Your height, build and looks are the main factors here and it’s important that you identify the roles for which you are likely to be chosen for and work hard on them. This will also help you to streamline the auditions which would be suitable for you.

Casting Crew, Directors, Producers, and Agents have a Mutual Interest

This may seem almost ironic to actors who have faced situations that have taught them otherwise, but in general, they really do want you to succeed. It’s just common interest really because if they cast the right actor and it works out, everyone from your agent to your producer will gain from hiring you. In fact, you should go through acting breakdowns created by casting directors to know how you can increase your chances of cracking an audition.

The Early Years will be the Hardest

When it comes to acting, it does get easier once you gain a bit of experience and a year or two is usually sufficient for that. During those initial days though, things are going to be extremely tough. Acting school might have taught you a lot of things, but you will have to face a very steep learning curve in the real world as an actor. Perseverance is the key here.

Communication and Bonding is More Important than Anything Else

Every time you step in for an audition, people are not only judging you for your acting skills; they are also assessing your personality. Aside from the talent, an actor should also have good communication skills and the ability to make people around them feel comfortable. If they are hiring you for a role, they will likely be working with you for at least a few days, or maybe even years, so it is imperative that they like you as a person as well. Besides, bonding with the right people builds the path to a better future as an actor.

Once you do see some success, do not forget that you need to practice your acting skills on a regular basis and adapt according to the changing situations. As you age and the industry trends change, you must keep your skills and knowledge updated to remain valid in the industry. Although acting isn’t for everyone and a good deal of talented actors never really get anywhere, you can still succeed if you manage to play your cards right. 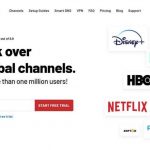 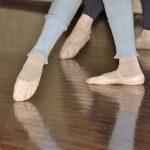 Is Taking Adult Dance Classes Good For Your Body?