We widely recognize that drinking alcohol and driving is a bad idea, responsible for spiking your risk of being involved in a car accident. After consuming alcohol, a person’s capacity for making judgments and decisions will plummet. They’ll have distorted perceptions, slower reaction times, and less coordination – making it nearly impossible to drive safely.

While everyone’s tolerance for alcohol is different, many people begin to experience these effects after only one drink. Accordingly, we acknowledge that any kind of drunk driving is dangerous both to the driver and everyone else sharing the street with them. 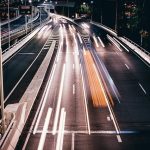 Despite all this knowledge and awareness, more than 10,000 people were killed because of drunk driving in the United States in 2019.

So why is drunk driving still so prevalent?

Part of the problem is a lack of proactive planning on the part of alcohol consumers. Many people drink responsibly. They know their personal limits and don’t go beyond them. When they go out for a drink or two, they have plenty of time to let the effects of alcohol subside before going home. When they go out for a night of harder drinking, they bring some money and a charged phone so they can call a taxi or a ridesharing service – or they bring along a designated driver who can take them back home responsibly.

But others are less proactive and less responsible with their planning. They may go out intending to drink heavily with no real plan for how they’re going to get home, leaving driving as the only option. Or they may go out with the intention of only having a couple of drinks, but end up consuming several additional beverages.

Underestimating the Effects of Alcohol

It’s tough to accurately assess your own level of inebriation. In fact, one of the effects of alcohol consumption is overconfidence; you tend to estimate your own abilities to be higher than they actually are. After a few beverages, you might feel only “buzzed” – slightly affected by the alcohol, but still perfectly in control of your own decisions and movements. In reality, you may be seeing the world through a totally distorted lens.

Some people choose to drink and drive as a way to avoid an argument, or allow someone else to drink and drive to avoid an argument. Let’s say your friend has had one beer too many; they’re in no condition to drive, but they’re insisting they’re sober enough to drive home. They have a history of being angry and defensive when criticized, and they’re currently in a foul mood, stomping toward their car. Would you have the courage to stand up to them and prevent them from leaving?

Alternatively, let’s say your friends and family have all expressed that they think you have an alcohol problem and that you need to drink less. In a challenging moment, you went out to a bar and drank a bit too much. Do you feel comfortable admitting your moment of weakness to a friend so they can come pick you up from the bar and possibly chastise you from drinking? Or would it be easier to hide your drinking, drive home quietly, and just resume normal life as if nothing happened?

Overconfidence in Ability to Drive Drunk

We also need to acknowledge the sheer number of people who think that drinking and driving is perfectly acceptable because the risks don’t apply to them. For example, one survey found that more than 10 percent of millennial drivers believe they could exceed the legal limit for alcohol consumption and still drive safely. These people know that alcohol increases the risk of an accident – but they somehow have convinced themselves that they’re “immune” from these effects.

Lack of Consequences From Previous Attempts

It’s also worth noting that many drunk drivers on the road are repeat offenders. The first time you drink and drive, it might be because of fear, or because you underestimate how drunk you really are. If you drive and get home safely, you might wake up feeling like you’re a competent drunk driver. If you repeat this a few more times, you may begin to feel confident that you can drink and drive with no repercussions – even though you’re increasing your risk of an accident every time you get on the road after drinking alcohol.

The sad truth is that as long as people are driving, drunk driving is probably going to be a problem. All we can do is continue to learn more about the roots of this dangerous behavior, educate the public about the risks, and hope that more people make the right decisions after drinking. 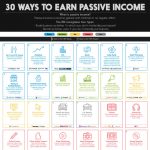 What Is Passive Income & How Can It Help?