Nobody is born with real confidence. Having confidence in ourselves is something that we teach ourselves, and that develops over time, just as we’d learn how to read a book, ride a bike or drive a car. You may look on jealously at the person who is supremely confident and who nothing seems to faze and wonder, “How do they do it?”. The answer is because they have learned how to become as confident as they are through a vast variety of experiences throughout their lives and techniques that help breed confidence.

The good news about self-confidence not being a natural born talent is that anyone can, therefore, develop their own confidence. If confidence is something you lack or you just want to become better at feeling good and comfortable in yourself, then try these seven ways to boost your confidence.

Do you one thing that scares you every day

Franklin D. Roosevelt’s first inaugural address featured his famous quote “The only thing we have to fear is fear itself.” He was right – the best way to overcome fear is by confronting it head-on. By attempting to do one thing that scares you every day, you’ll be tackling your fears on a regular basis. As you overcome little things that previously would have held terror for you, you’ll gain confidence from your experiences, and as a result, your self-belief will soar. By stepping out of your comfort zone, you’ll be building up resilience which will help you fight off confidence-crushing thoughts in the future.

There are very few things as daunting to some people as speaking in front of a crowd, but becoming a public speaker is a sure-fire way to boost your confidence. If you can stand there in front of a room of people and deliver your thoughts, feelings, and opinions in the form of a public speech, then you should have the self-confidence to do anything! Have a look at these tips for overcoming a fear of public speaking.

Volunteering is a brilliant way to help your confidence, and self-esteem, levels. When it comes to volunteering, your talents will normally be put towards the task where you can make the most difference, which often means using your strongest skills to help those less fortunate. It means we don’t focus on our weaknesses, but our strengths instead, and this helps us to realize that we can make a difference to the world which is a boost to how we feel about ourselves. Helping out will also give you a huge boost to your mood and self-esteem, and often enables you to forget about any troubles and worries you may have, making you grateful for all the positives in your life. Anything that can banish negative thoughts is beneficial!

Sometimes our biggest critics are ourselves. The little voice inside your head that tells you that you can’t do something or criticizes anything that you do can be a real problem when it comes to self-confidence. If you struggle with self-confidence, then there is every possibility that your inner critic has become too dominant and loud. You can silence it through cognitive behavioral therapy, which will prompt you to ask yourself what evidence there is to support your inner critic’s assertion that you are a failure. Often, you won’t find any such evidence. Another way to battle the inner critic is by congratulating yourself for even the smallest achievement. You can’t be a failure after all if you’ve achieved something you set out to do, no matter what your inner critic is trying to tell you.

Set yourself up to win

Our confidence can take a battering when we lose or fail at a task, which is often the result if we are trying to overstretch ourselves or take on something we know we can’t achieve. By setting yourself small goals that are achievable, you will build up a head of steam that will make you feel good about yourself and give you more confidence going into the bigger tasks. Remember to keep a note of all those achievements as well – “have done” lists can provide a much bigger boost to confidence than “to do” lists or even worse, “didn’t do” lists which might linger in your mind.

Learn to say no

By feeling like you are in control of your own life, you will instantly feel more confident. Assertiveness and learning to say no ensure you keep a handle on only doing what you want to do or what you can manage. If your friends are determined to get you on a night out but you are having a dry month, be strong in refusing to be bullied into going. If you do go, you may end up having a beer or two which can lead to a lack of belief as you failed the dry month task you’d set yourself. Being able to say no to things is a sign of self-confidence.

Try out the 100 days of rejection challenge

Have you ever heard of rejection therapy? Probably not, as it would be most people’s idea of madness. Jia Jang is not most people though, and he set out to do 100 ridiculous things in 100 consecutive days that would end in rejection. These ranged from asking a stranger for $100 to trying to grill his own meat at a steakhouse. The idea behind it was that by being rejected on such a frequent basis, he would become so de-sensitized to rejection that it would no longer affect him emotionally and that meant his fear of failing would reduce. The fear of failure, of course, can be one of the major reasons behind a lack of self-confidence. It may seem crazy, but it’s a sure fire way to have a lot of fun. Who hasn’t wanted to clamber behind the counter at Subway and make their own sandwich or try and convince a police officer to let you sit in the driver’s seat of his car? 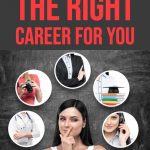 Choosing A Career That’s Right For You 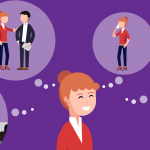 4 Careers Which Are Great For Outgoing People