Everyone loves elephants. These gentle giants are caring, intelligent creatures which are fascinating to watch and interact with.

With the rise in awareness about the past treatment of these animals, the tide is turning, and more tourists are shunning the elephant riding and performances that used to make up human interaction with them. Instead, they’re flocking to the type of elephant nature parks that provide a good life for captive elephants that were brought up in the timber or tourism industries.

Elephants employed in the tourism industry in Thailand often suffered crippling injuries to their backs and didn’t have enough to eat when times were slow.

Environmentalists and animal rights activists had these industries in their sights for years. They were trying to develop a viable rescue plan that would be sustainable. Then, the first elephant park was opened to see if the concept could be self-supporting and sustainable. The concept was supported by wildlife organisations around the globe, and word soon spread of the elephant nature parks in Thailand that we’re providing a new lease on life to the country’s elephants.

The internet was a major reason behind the success of Thailand’s elephant parks. Writers and bloggers who visited the parks posted articles about them on social media sites in many countries around the globe.

They provided incentives for many people to visit the elephant parks on their trips to Thailand. They made it plain that actively supporting the parks was the only way for them to survive. As word spread and visits and donations increased, more elephant parks were able to be opened in more areas around the country. Today, there are numerous parks scattered around all the major tourist cities of Thailand, with Phuket, Chiang Mai, Pattaya and Samui being the leaders.

Some of the parks have been so successful that they have expanded their goals and now offer complete in-house medical services to the elephants in their care, as well as animals who have dire medical issues.

Elephant Jungle Sanctuary is one of these sustainable elephant parks. Starting with a park in Chiang Mai, the organisation was a joint initiative between members of the Karen hill tribes of northern Thailand. They’ve since opened three other parks in Phuket, Pattaya and Samui.

Partnering with the Care Project Foundation, which provides conservation education and also offers veterinary care to Thailand’s elephants, Elephant Jungle Sanctuary is one of the success stories in offering Thailand’s elephants a safe and natural haven to live out their lives in peace.

Support Elephant Jungle Sanctuary by visiting one of their parks in Thailand or donating directly to saving the magnificent elephants of Thailand. 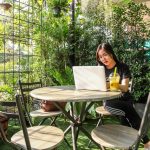 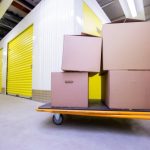 What to Keep in a Bangkok Storage Facility