The quality of our water today is a large matter of concern for millions of Americans.  There have recently (within the past ten years) been several different water contamination issues all over the nation.  The biggest problem is that the majority of Americans have no idea just how dangerous their tap water can be.

Just because your water has been through a treatment plant, it does not mean that your water is pure.  Do not be deceived.  Stay in the know about your tap water, and check out this informative overview of some of the most dangerous offenders found in the U.S. water systems today.

Chromium-6 is a real problem

You may have seen the movie, Erin Brockovich.  If you have, then you may remember the carcinogenic chemical found in the water was called Chromium-6.  That movie was based on a true story.

A nation-wide test of water treatment systems found that nearly 200 million citizens have been exposed to the chemical to some degree.  All 50 states tested positive.  Check out this interactive map that was created to help keep residents informed.

Legionella bacteria has been on the rise over the past decade, but the chance of encountering this foe is higher in your shower or around certain aerosols which contain the bacteria.  Not everyone should be worried about legionella, as it mostly affects those who have a compromised immune system.

The elderly, the very young, and those with autoimmune diseases are at the highest risk of being affected by legionella bacteria in the water.  Healthy people may experience a few flu-like symptoms if exposed, but not much else.  Legionnaires’ disease is a risk for those with lowered immune systems.

For decades, drug users and those with extras have been flushing pills down the toilet as a method of safe disposal.  Well, those millions of different pharmaceuticals have begun affecting our water.

Rivers and lakes around the country have begun showing trace amounts of antibiotics and birth control medicines.  It really isn’t a medical worry at this moment, but it is a very bad sign for the future if there is no change in disposal methods.

The pipes and fittings which make up the national sewage and water systems can greatly affect the quality of our drinking water.  Shoddy piping can cause some very serious issues, and the people of Flint, Michigan can tell you all about it.

The good news is that today’s home water filtration systems actually work to filter out heavy metals in your water.  It just wouldn’t be a very good idea to drink water straight from the faucet on a long-term basis. 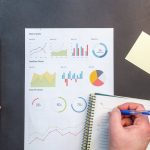 Time out for your brain! – Seek help of custom essay writing services 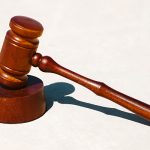 3 Ways To Prepare To Be A Lawyer As An Undergrad