This world we live in has been here quite a while. Millions of years by the record of some and about 6,000 by the record of others. Either way, we have experienced many changes in all paths of life.

Some things seem to repeat themselves. The elderly seem to forget what it was like to be young, young people don’t ever seem to comprehend responsibility, and there is always some level of corruption in the government.

On the other hand, some things seem to change pretty often. How do you stay up to date and keep from being left behind? Below are three ways you can make sure to keep up with the pack.

They say there are two things that will always be. Death and taxes. Death is not usually something we aim to keep up with unless you are the owner of a funeral home. Taxes, on the other hand, seem to change in big ways every few years and they have done it again. Last year, our government made some huge changes in the tax laws.

A lot of them have to do with all the damage that Hurricanes Irma and Harvey caused. Businesses were ruined, homes were destroyed, and those involved took a punishing hit to their savings account. Another helpful change has been to the earn income credit. Those who qualify may use last year’s income if this year’s income is less.

This change assists families with gaining more of a return. There are several other changes and we would be here this time next year trying to explain them all. However, if you are one of those affected by the changes, there are classes and webinars you can attend that will thoroughly explain all the details.

In the 50’s, it was hoop skirts and slacks. In the 80’s, it was big hair and neon colors. Now, it’s skinny jeans and baby tees. Fashion changes at least every decade. It seems to follow how we feel about ourselves as a nation. The 50’s were a more moral time, for the most part.

Cussing was forbidden and anything having to do with sex was taboo. So, the ladies wore rather modest apparel and the gentlemen looked like Christian businessmen. Fast forward to today and you will likely receive a jolt to your moral center.

Cuss words have been worked into the dictionary as an accepted adage to the English language and the phrase “sex sells” is commonplace. That being said, how does one keep up with the constantly changing definition of what’s in fashion? It’s simple really. Take a tour of a more up-to-date portion of your neighborhood.

This will show you what’s popular now. Observing the trends in the local high school will give you a hint of what’s to come. Right now, it seems the 80’s and 90’s are making a comeback. Check out the most shopped venues. The popularity of their clothing lines will give away the current trends.

If you are the parent of a teenager, you know that the definition of what’s cool changes almost by the day. New words, dance moves, hangouts, and attitudes define coolness factor. Again, we find that time contributes to change and you might be surprised at how much we still use.

In the 50’s, if something was really bad, it was bogus. The use of the word “cool” as something extraordinary originated here and we still occasionally refer to our other halves as “baby.” Back then, owning a hot rod and drinking without your parent’s permission was the thing to do if you wanted to stand out and be viewed as dangerously cool.

Things aren’t much different now. However, if you want to learn how to dab your way into your bae’s heart and find out the most current colorful language, you’re going to want to become a high school teacher or live on social media.

In the end, if you really want to live life to the fullest, you will find that keeping up with the world is not always the best thing to keep at the top of your to-do list. However, the suggestions above will most definitely help you stay on your toes. 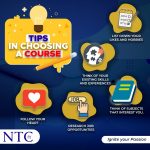 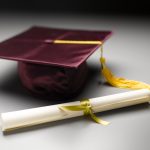 How to Make the Most of Your College Degree