Gamers are slowly coming up in the world, and other business professionals are beginning to see the profit to be turned by employing a well adept gamer for development purposes.  For many, getting paid to play video games sounds like the career of a lifetime.

The only thing you can do to progress your dreams is start from the bottom.  You probably don’t instinctively know how to make a living as a gamer, so start by applying yourself to some thorough research.

Here is a brief look at a few notable ways to get your foot in the door as a professional gamer.

Get paid to be a game tester

Most avid gamers hoped and wished to fill the position of game tester as a kid, but it’s not all it’s cracked up to be.  You do get paid for playing games, though.  The plight of a game tester is not all fun and games.

The upside is that sometimes you really get into a game that piques your interests, and you’ll have plenty of time to delve into the ins and outs of all it has to offer.  You get to be a part of fine-tuning some of the most influential games of the year.

Get paid to work the grind of farming

Though there are some games which strictly prohibit farming practices for cash, some games actively encourage players to work the grind.  Get your most comfortable and capable gaming chair ready for the long haul, and make money selling virtual goods for games which allow it.

One of the most notable games for farming is Counter Strike: Global Offensive.  Counter Strike actually promotes farming practices, while World of Warcraft is a game that does not condone farmers.

You can make decent money creating game guides and walkthroughs for all the most popular games, but you have to be at the top of your game (pun intended).

You also have to know when to release the walkthroughs.  Release them too late, and they will be a flop.  Release your walkthroughs too early, and people won’t trust them.

Another viable way to make money from playing video games is to become a successful video game blogger on YouTube.  You can stream your gameplay for tutorials and walkthroughs to help less capable players find success.

Once you’ve stirred up enough interest in your gameplay, YouTube will take over writing the checks.  Your videos will become money-makers.

Once you’ve honed your skills to the supreme efficiency, you may consider entering some of the world’s most popular gaming tournaments for big cash prizes.  You could make a living off of tournament winnings, but you’ll have to be extremely good at what you do. 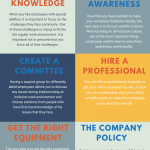 How to Make Your Office Disability Friendly 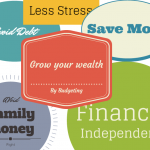 Why you should be budgeting